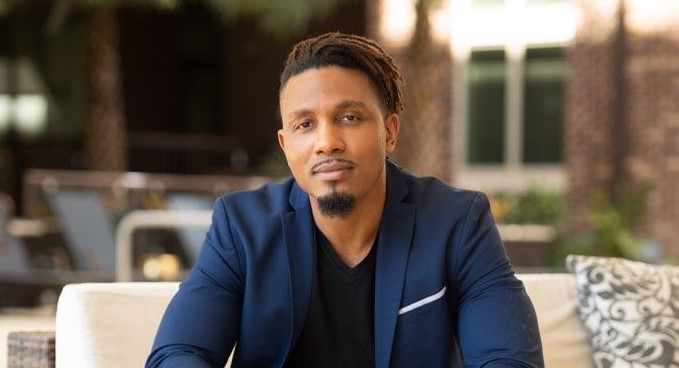 Dav Lewis, our Board President, shares a recent experience with a NestQuest family and what our mission means to him.

On February 26, 2020 I had the opportunity to meet one of our clients and her three beautiful kids. Prior to this meeting, I had no idea that I would soon have to hold back tears and have my soul overjoyed.

I was elated to join the board at NestQuest in April 2019 as it not only aligned directly with my organization in the mission to address housing, but more importantly it connected with my purpose. I was asked to Chair the Board in December 2019, which I’m grateful to the board for this opportunity. While we know the work that is being done and the level of care that’s being provided to each family that has decided to work with NestQuest. I had not yet had the opportunity to meet and speak with the families in our program.

The client smiled as she spoke and the three kids sat in their chairs listening attentively while their mother discussed her gratitude. I watched our board members and staff smile from ear to ear while some teared up, including me, as the mother spoke. The mother said things that I knew to be true in my own life. However, I had never heard another individual express it with such accuracy and conviction.

One of the greatest barriers we face at NestQuest is convincing families to leave their communities and live in unfamiliar neighborhoods. Most families in the program take a leap of faith and leave their community, family, and familiarity for the hopes of improving the lives of their kids.

I watched the mother’s face light up as she discussed the support that she received from the new community. Her greatest fear was whether or not the kids would be judged and bullied as they entered into a new community. “They wrapped their arms around us” the mother stated as she teared up. To hear her describe how their new community embraced them and the entire family felt supported and seen by the new community made me want to jump from my chair and yell hallelujah. Instead, I contained myself and smiled while the family continued to tell their story.

The greatest part of the conversation was when she asked her kids to speak. Each one of the kids presented something from school such as letters of acknowledgement and spoke of their positive experiences in school. I could see the kids loved school and were extremely advanced for their age. The mother shared a story about the son comparing the differences in schools and the drastic difference in his experience. I was sad and infuriated to hear that in their old school district the son was labeled a difficult student, but in his new school he’s performing on one of the highest levels in the school. She also stated that her own health, both mentally and physically, had improved because of the new environment.

February 26, 2020 was life changing as it confirmed the need for the work we do at NestQuest. I left the meeting even more inspired knowing that we are changing the city of Houston one child at a time. We have an obligation to each and every family in our community and I’m glad to be in a position to directly impact the lives of families on a daily basis.

This client is a strong advocate for NestQuest and has shared her story with us on our blog. I would encourage you to read her story, as well as other clients stories in our client story section of our blog called, In Their Own Words.